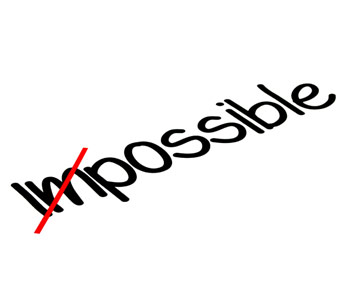 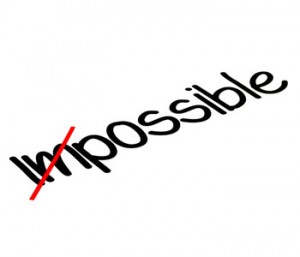 It’s my belief that most people try too hard. Life is like poker. If you play with your last thousand dollars you are bound to lose. All things being equal, if you are playing with money that doesn’t mean anything to you, you will probably win. Life is just one sales interview after another. If you don’t like people, it shows. You have to give love to receive it. In fact, selling is the art of being liked—no more, no less.

Throughout my career as sales educator, it was too long a time before I realized that when I encouraged salespeople to forge a relationship, I had no idea that they wouldn’t know what to say. Finally one person asked. “Well Warren, what exactly do you say?” That is when I realized I had to give them examples. Deep down, I thought it was like teaching people to breathe. If you truly like people the words should be there.

People wear their heart on their sleeve—literally. Their interests are plastered over their clothes, jewelry and personality. If I see nothing of interest, I ask them how they are, the reply is usually “Oh, all right” while mine is, “I’m fantastic. Fantastic is a lot better than all right. Would you like to talk to me about it?” This always brings a smile. To those of you that think that this is intrusive, people sense when you really care. It takes courage to be a great person with a great attitude. If I greet someone who has obviously had a stroke or has some other infirmity, my first question is, “What on Earth happened to you!” I have never felt any negativity from anyone, rather the person feels they have an opportunity to talk about the thing even their family hesitates to talk about. Never miss an opportunity to commiserate.

Like everything else, if this doesn’t come naturally, it takes practice. You have to buck up and start conversations in elevators, in the supermarket, while you’re picking up your cleaning. After a while it will feel natural. As a matter of fact there are ploys to get people to talk to you. Carry a cute dog around the store. If I were carrying a baby or walking a dog, every other person would stop to talk. Pick up some unique vegetables at the market like watercress or endive and you’ll marvel at the number of people who will ask what you use them for.

The art of being liked is simply caring enough to talk with them about their issues never your own. Striking up conversations with heretofore strangers has landed me big contracts, secured a rental I couldn’t pay for, a job if I needed it, dates if I was in a position, upgrades on hotel rooms, on airplanes, bottles of wine from the flight crew when I deplaned, a partnership, seed money for my last chain of stores, and just about everything I ever received in life.

Now I have to admit, I’m different being left-handed. I never worried about losing a sale, messing up the deal, not making money, illnesses or any of the other things that bother people in life, so it was much easier for me, even without trying. One of my old friends stopped me in the middle of a conversation and said; “Warren, you are totally unconscious aren’t you?” he hit it right on the head. I never gave a thought to anything, never had a plan and went into everything loose and oblivious. I would wish that for everyone, but forgoing that possibility, my advice is to love people, be willing to give a hundred times more than you get, try as much as possible to help others have a better life and for Heavens sake, relax.

Increasing Foot Traffic To Your Store

Marketing In A difficult Economy – Part I

The Value Of Tradeshows

Growth And The Entrepreneur

Is Growth Good For Business?

What is a Brand?

Ask how we can help with your marketing needs